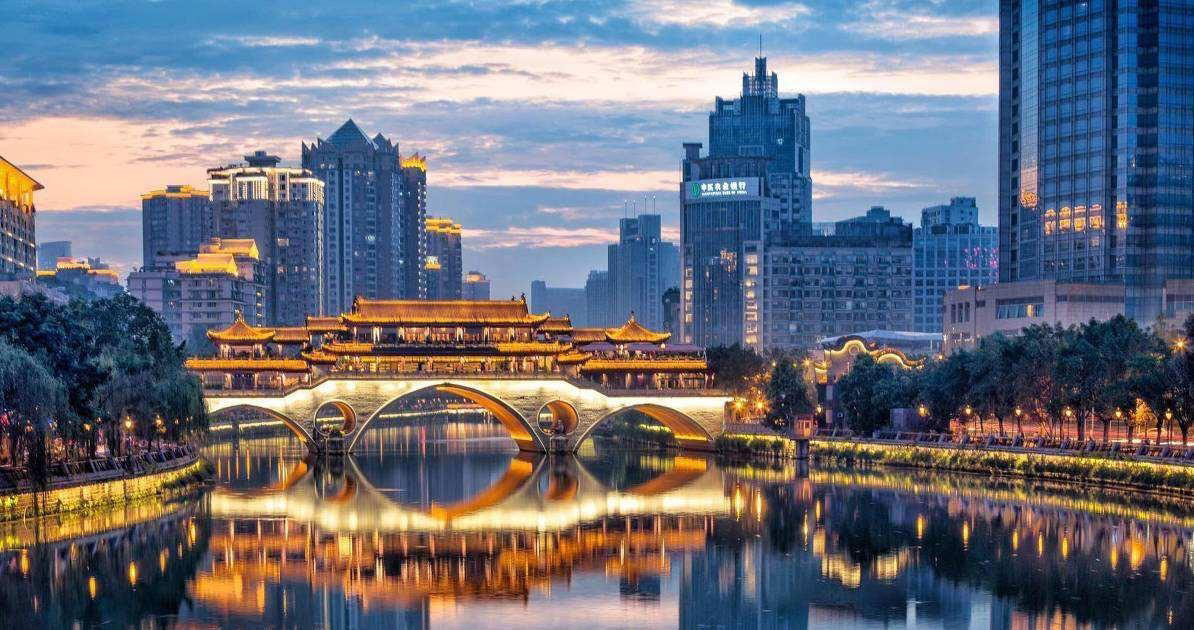 Chengdu is located in Southwest China, the western Sichuan Basin, and the hinterland of the Chengdu Plain. It has a flat terrain, vertical and horizontal river networks, rich products, and developed agriculture. It has a humid subtropical monsoon climate. It has been known as the "country of abundance" since ancient times. The resident station of the PLA's western theater, as an important global electronic information industry base, has 30 national-level scientific research institutions, 67 national-level R&D platforms, 56 universities, and about 389 various types of talents. Ten thousand people; 301 of the world's top 500 companies settled in 2019[10]. Chengdu is the country’s top ten ancient capitals and the first batch of national historical and cultural cities, the birthplace of ancient Shu civilization. The Jinsha site in the territory has a history of 3,000 years. The King of Zhou said that "a gathering in one year, a town in two years, and a city in three years in Chengdu", hence the name Chengdu; Shuhan, Chenghan, Qianshu and Hou The Shu and other regimes established their capital here successively; it has always been the state and county governor of each dynasty; the Han is one of the five largest cities in the country; the Tang is one of the most developed industrial and commercial cities in China, historically known as "Yangyiyiyi"; the Northern Song Dynasty is outside Bianjing The second largest city, invented the world's first paper currency, Jiaozi. It has such historical sites as Dujiangyan, Wuhou Temple, Du Fu Thatched Cottage, and is the best tourist city in China.